The "2018 Hokkaido Eastern Iburi Earthquake" that occurred on September 6, 2018, and the typhoon No. 15 in 2019 brought about a "blackout" that caused the power supply to completely stop. Due to these factors, the power plants or the electric wires were damaged, making it impossible to supply electricity for a long time.

In modern society, almost every machine, from home appliances to industrial equipment, needs a power supply. Therefore, the power companies are working day and night for the stable supply of AC power.

The AC power is transmitted at 60 Hz in western Japan and 50 Hz in eastern Japan. Naturally, power cannot be exchanged as it is between areas with different frequencies. Therefore, power will be exchanged through facilities that perform frequency conversion.

There are also several types of voltage in Japan. For home use, 100 V of single-phase standard voltage (single-phase two-wire system) is mainly used. 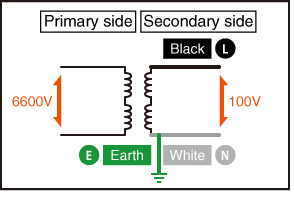 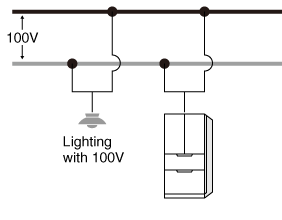 But some devices operate with 200 V of single-phase three-wire system. Recently, the number of single-phase voltage doubler used for air conditioners and the like has been increasing. 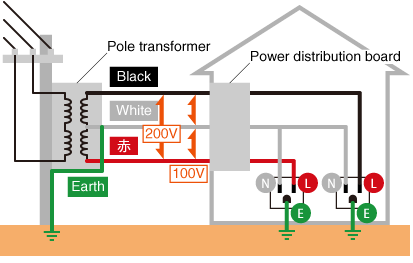 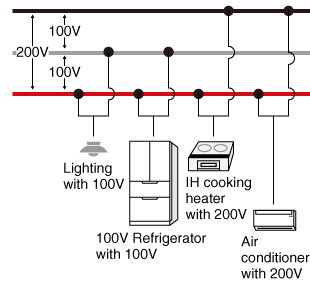 While this is the current situation in Japan, the situation overseas is largely different. The frequency is 50 Hz or 60 Hz, but the voltage changes.

A slightly different example would be the power supply used in aircraft avionics systems. Previously, 14 V or 28 V DC was used, but due to the increase in size and computerization, 400 Hz AC is now used except for some small machines. This higher frequency is used because it is lighter in weight when making a transformer.

Table: AC frequencies and voltages of major countries and regions

On the other hand, however, there may be troubles due to the natural environment and/or the demand and supply of electricity. Electric power companies try to avoid a situation where electricity is completely cut off by duplicating power transmission, but natural disasters such as large-scale earthquakes and floods are inevitable.

And besides that, there are many troubles. The following shows the voltage waveforms in trouble cases.

Even if there is no abnormality in the power grid, there are some troubles that occur only in the home, office, or factory. For example, when a device such as a laser printer that has high inrush current at startup is connected, the voltage that flows to other devices connected to the same outlet will drop. This is called brownout or voltage drop.

On the other hand, when the power of the device that used a large amount of power is turned off, the voltage flowing to other devices momentarily rises. This is called spark. Repeating voltage drop and spark is collectively called "Voltage fluctuation".

In addition, there are phenomena called "Surge" where the voltage rises rapidly due to the influence of lightning from the outside, and "Noise" that occurs in turning ON/OFF devices connected to the same power system.

These troubles could cause visible phenomena including flickering fluorescent light and unstable operation of PC, or problems on manufacturing and R&D.

These affect the quality of the product. In the worst case, they also bring down the entire production line. In other words, a stable (AC) power supply is very important.

These are generally known as AC stabilizers, automatic voltage regulators (AVR), and AC power supplies. Then, we describe the six methods with the advantages/disadvantages among various methods.

The advantage of variable autotransformer is that conversion efficiency is good. On the other hand, since it involves mechanical movement, it has a slow response speed and cannot respond to instantaneous fluctuations. In addition, the waveform distortion is not improved and is the same as the input. The frequency cannot be changed, and the size becomes large and heavy as disadvantages.

It is a system that supports multiple taps such as +5%, +2%, +1%, 0, -1%, -2%, -5% on the transformer. A semiconductor switch switches the tap according to the fluctuation of the input voltage to maintain the output voltage.

This is a power supply that outputs alternating current with an alternating sine wave and an AMP that amplifies it, unlike the simple method of operating the input voltage as mentioned above.

On the other hand, since it is a linear amplifier system, the inefficient use of power is a disadvantage. The weight and size are better than those of the variable autotransformer and tap switching, but they are relatively large and heavy.

But the AMP part is different. The weight and size are reduced to 1/3 to 1/4, by changing the AMP part from the linear method to the switching method (PWM).

In this way, there is an advantage that it is compact and can output a beautiful sine wave, and the voltage and frequency can be freely changed. Efficiency is also improved by adopting the switching method.

On the other hand, it is disadvantageous that the noise could be larger than the linear method due to switching.

However, due to the size and weight reduction of space, there are some small products that can be placed on a table that could not be used until now, so it is better to select them according to the cases.

In recent years, the power supply and its quality have been getting more stable, so no major problems have occurred in Japan. However, many advancing countries are of poor quality of the power supplies. So, AC stabilized power supplies such as these automatic voltage regulators play an important role in precision equipment that requires stable power supplies. 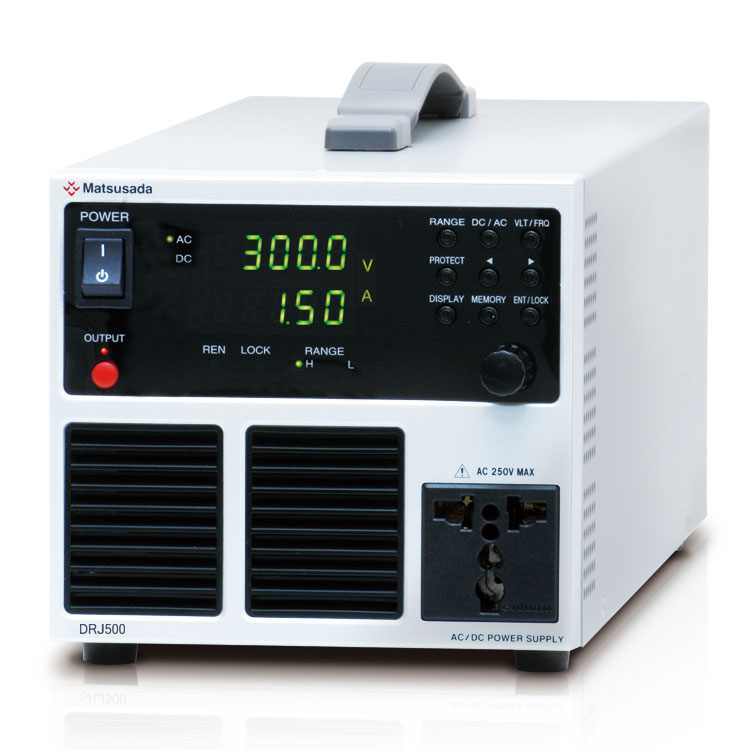 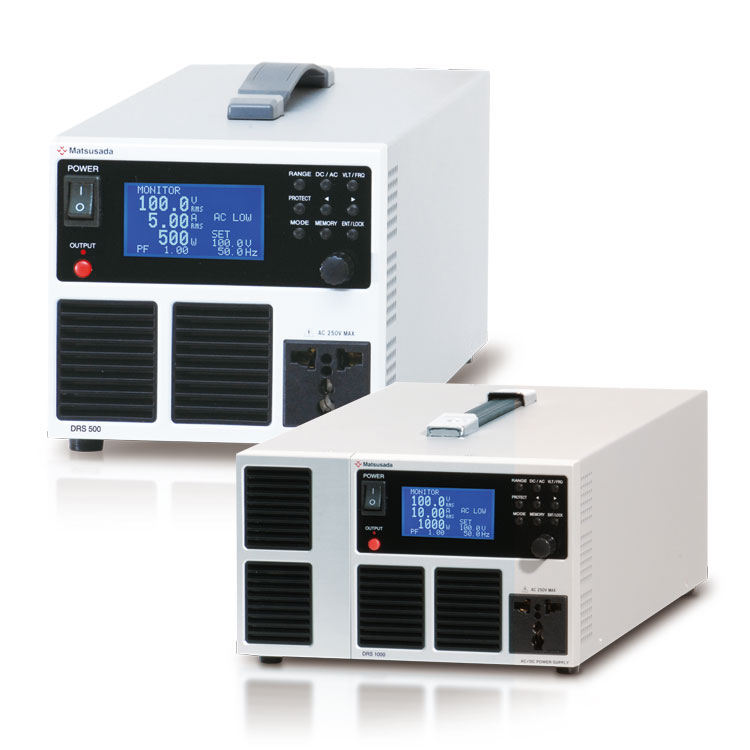 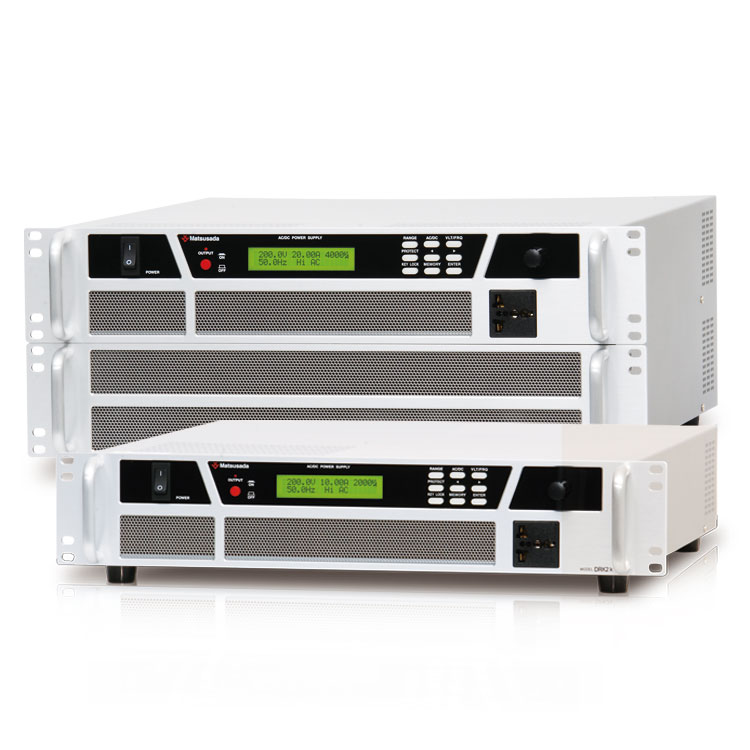