In general, metals conduct electricity well because the electrons of each atom become free electrons when metallic elements bond with each other. When a voltage is applied, the free electrons in the metal crystal move around and carry an electric charge, which is how electricity flows.

N-type semiconductors are those that carry electricity with fewer free electrons than the latter metal bonds. A tetravalent element such as silicon mixed with a monovalent additive such as phosphorus becomes an N-type semiconductor. Since it has one extra electron, it is considered to be negatively charged.

Conversely, if "+" is connected to the anode side and "-" to the cathode side, the "+" and "-" electricity in the semiconductor will stick together at the P and N junctions and cancel each other out, but the next electricity will be sent from the electrode, so electricity will flow. (Figure 3)

In this way, diodes have the property of conducting electricity only in a fixed direction. The light-emitting diodes (LEDs) that we often see in our daily lives are designed to emit light when electricity flows through the PN junction. Diodes are also used in various places where we cannot see them, supporting our daily lives.

The Role of Diodes

The direction of the current is always changing because of the AC current in general power supplies. Diodes have the property of only allowing electricity to flow in a certain direction, so only the forward current can be extracted from the AC current. This is called the rectifying action of the diode.

When light strikes the PN junction, electrons on the N side near the junction move. As a result, electricity will continue to flow as long as the light is shining. This is what a solar cell is made of.
When no voltage is applied from the outside, it acts as a battery, but when voltage is applied, it acts as a diode. Some diodes respond to visible light, while those that respond to invisible light are used in applications such as the light receiving part of infrared remote controls.

There are various types of diodes. The following is a list of some of the most common types.

The most common type of PN diode. Most often refers to rectification diodes.

Like silicon diodes, these are diodes that combine PNs. They are often used for detecting waves because of their low forward falling voltage, especially in the region where the current flowing is as small as 0.1mA. However, due to the high cost of germanium, Schottky barrier diodes are now widely used.

This is a diode that is made by bonding a metal and a semiconductor. These diodes have superior switching characteristics compared to silicon diodes, and are therefore used in high-speed circuits.

A diode that utilizes the tunneling effect discovered by Nobel laureate Leona Esaki. The tunneling effect is a property of PN junction diodes with high impurity concentration that allows current to flow even when it should not due to quantum mechanical effects. Because of their extremely fast response time, they are used to generate microwaves.

A diode used to apply voltage in the opposite direction to that in which current normally flows. It is used to obtain a constant voltage and also to protect the circuit from overvoltage. 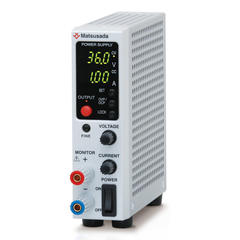