What is electric shock (electrical injury)?

Also, the symptoms of electric shock depend not on the voltage but on the amount of current flowing through the body and the location where the current flowed. In the past, even 35V has led to fatal accidents, so we should not be careless even if the voltage is low.

If the current flowing through the body is between 1 and 5mA, the pain is about the same as static electricity. However, if the current is 50mA or more, it may cause death. According to the statistics on occupational accidents published by the Japanese Ministry of Health, Labor and Welfare, the number of fatalities and injuries due to electric shock in 2019 was 89, of which three people died.

Although the number of workplace accidents caused by electric shock is small, the possibility of a fatal accident is not small.

If an accident involving electric shock occurs, what will be the effects on the body? Symptoms depending on the strength of the electric current are as follows

The main symptom of electric shock is burns. The resistance of the human body is several kilohms, and heat is generated when the current flows. Since nerve signals are weak electric currents, nerve transmission can be interrupted, causing arrhythmia, cardiac arrest, and loss of consciousness.

This is especially dangerous when the skin is wet, as the electrical resistance of the skin is lowered, making it easier for electricity to flow into the body. This is one of the reasons why you should not touch electrical equipment with wet hands.

If you find yourself electrocuted and suffering from burns, go to a hospital immediately. You may have internal injuries, trauma from the shock of the electric shock, or even dislocations or fractures from the sudden contraction of muscles.

In 2015, there was an accident in which many people were electrocuted due to chain electric shock. When rescuing a person who has been electrocuted, turn off the circuit breaker or unplug the outlet to cut off the flow of electricity.

If you have no choice but to remove the person from the power source without cutting off the current, never touch the person with your bare hands. Use an insulating tool such as a dry board or rubber.

How to prevent electric shock

To prevent electric shock, insulation must always be in place. Watch out for damage to cords and other circuits, and perform maintenance and inspections regularly.

Also, touching equipment with wet hands is dangerous as it may cause electric shock through water. Use dry hands when touching electrical equipment, and use insulated gloves. There is also a tool called an insulated screwdriver, which is coated with insulating resin.

It is also important to ground yourself and install a ground-fault circuit breaker in case the insulation does not work properly. This will prevent electric shock by allowing electricity to escape to the ground beforehand, or shutting off the power when a leak is detected.

They can also be used on coated electric wires, and the type and shape vary depending on the voltage to be detected. Electric shock can be prevented by using a voltage detector to confirm that the area to be touched is not energized before working on it.

Electricity is invisible to the eye. Therefore, it is necessary to learn how to use it properly in order to prevent electric shock. In the field of electrical work, we use VR to simulate electric shock and provide safety education on electricity.

A voltage of 42V AC (60V DC) or higher is called high voltage. When the voltage is high, there is a risk of electric shock even if you do not touch the energized part. This is because the electricity can flow to distant parts of the building, just like a lightning strike.

In 2019, a student who climbed a steel tower was killed by an electric shock from a high-voltage power line. Also, the use of selfie sticks is banned on railroad station platforms because they can discharge from the overhead wires and cause electric shocks. Also, electric and hybrid cars have higher voltage, so be careful in case of submersion or accidents.

The most reliable way to prevent electric shock due to high voltage is to keep a safe distance from the energized part. Only relevant personnel should stay away from the high-voltage charging section. Also, observe various safety precautions when handling high-voltage power supplies.

Information on the safe handling of high-voltage power supplies can be found on the following pages. 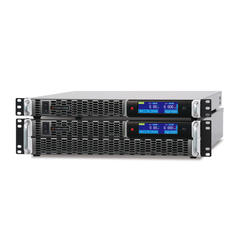 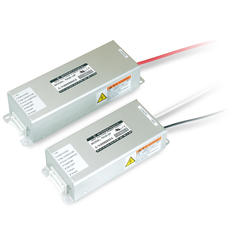 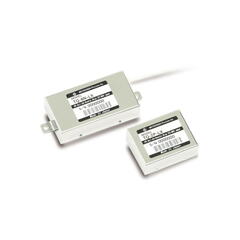 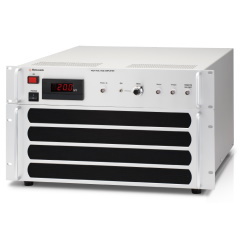