There are a variety of odors that different people react to in different ways. For example, some people like the smell of cigarette smoke while others dislike it.
Although perfumes generally smell good, you might feel uncomfortable if the scent is too strong. It is said that there are more than 400,000 kinds of odor molecules, and different concentrations and mixtures can strengthen a scent or even neutralize it to make it undetectable. 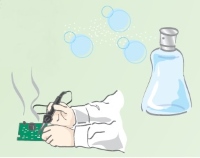 Concentration of Odorous Substances and How Odors Are Detected

We sense odors when we inhale substances that have vaporized in the air. The concentration of such substances is expressed in ppm, which is an extremely small unit of measurement. PPM refers to parts per million. For example, if 0.1 ppm of the components of a gas is collected from 10 m3 (Cubic centimeter) of air, that is only 1 cm3 (Cubic centimeter) in terms of the volume of the gas. In liquid form before the gas is volatilized, this would amount to only about 5 mg. 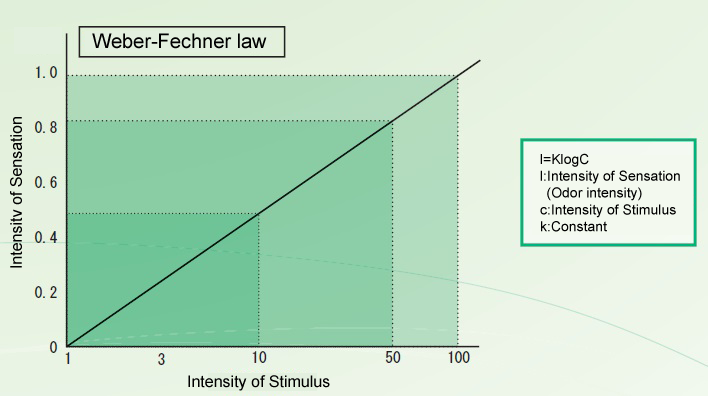 Most of the odors in your work area are probably from solder, resins, solvents, and chemicals. There are various kinds of malodorous substances, and some may cause health problems depending on the substance. Continuing to inhale such odors could lead to liver damage, kidney damage, anemia, and inflammation of the skin and mucous membranes. Symptoms of such illnesses include exhaustion, sluggishness, headaches, and dizziness. In addition, smoke particles can cause asthma and other lung diseases, or lead to allergies. If you are exposed to the same odor for a long time, you might lose the ability to sense that odor. This is because your nose becomes desensitized. However, even if your nose becomes desensitized to a bad odor, your brain will continue to be subjected to the strong stress that accompanies it. Bad odors have an adverse effect on us, both mentally and physically.

Stopping the Spread of Odors

Since we can have a strong reaction to odors even in trace amounts, it is important to prevent the spread of odors from their sources. Effective measures include sealing the locations where odors occur and keeping work areas thoroughly clean. If it is not possible to seal a location where odors are generated, either use a deodorizer to remove the odor or ventilate the area with an exhaust device.