Series of Analyzers and Power Supply

This time, we will introduce the power supply of various analyzers. There are some common parts according to the analyzers while they have different parts as well, and we start with the types and classifications of analyzers.

First, analyzers can be broadly classified as follows.

In electrochemical analyzers, there are two types of devices. One is the devices that measure the amount of electricity flow i.e. potentiometric titrators and pH meters. Another one is the devices that detect and measure fluorescence with a photodiode, such as a fluorescent residual oxygen meters. Optical analyzers and electromagnetic analyzers basically measure electromagnetic waves and electron beams (or secondary X-rays generated by electron beams) with photodiodes.

Separation analyzers, thermal analyzers/thermal measurement devices, and other measurement devices/analyzers are divided into those that measure fluorescence and light absorption with photodiodes and those that measure stress and thermal conductivity with current values, which are similar to electrochemical analyzers. In any cases, they are finally detected as current or voltage fluctuation and converted to digital data using A/D conversion. Therefore, how to remove noise components such as voltage fluctuation and ripple that affect those is a big problem.

We will focus on equipment that detects light (electron waves) from a light source with a photodiode, which requires more stable power supplies.

Common to these analyzers is that there is some kind of radiation source. All of these devices are used as radiation sources, and analysis is performed by detecting the transmitted light and reflected light. Of course, there are many sources like electron beams, X-rays, lasers, ultraviolet rays, visible rays, infrared rays, etc. depending on the device. The important thing is that the radiation source is stable. Variations in brightness (intensity) can cause error in recording changes. In order to stabilize the radiation source, the power supply must be stable. If the power supply is unstable or ripples appear, it causes deterioration of observation accuracy.

On the other hand, stability is also required on the detectors. Photomultiplier (PMT: Photomultiplier tube), APD (avalanche photodiode), photodiodes such as PIN, CCD, CMOS, etc. also convert charges according to the energy and number of photons received by the device into voltage. Therefore, if the power supply is not stable during this voltage conversion, the observation results such as resolution will be adversely affected.

To stabilize the power supply and obtain a measurement result with a small error, several points need to be noted.

First, consider the effects of thermal noise. Thermal noise refers to noise generated by irregular thermal vibrations of free electrons in circuit elements such as resistors and transistors due to external thermal energy. Regardless of the magnitude of the voltage, noise increases in proportion to the absolute temperature. Therefore, an effective countermeasure is "Circuit cooling". By the way, thermal noise is also called Johnson noise or Johnson Nyquist noise from the names of the researchers John Johnson and Harry Nyquist who found this phenomenon in 1927.

Magnetically coupling the leakage magnetic field with other coils or wiring patterns may cause noise.

The magnetic flux returns to the shield core, reducing the leakage magnetic field.

As shown in the figure, this can be improved by creating a closed magnetic circuit structure by resin shield, full shield, or metal integral molded. It is desirable to design equipment that does not place a power supply near the radiation source or detector. If a compact which is easily affected by magnetic fields is placed near the power supply, it is necessary to incorporate a closed magnetic circuit structure.

Electromagnetic interference (EMI) can be broadly divided into "radiation noise" and "conduction noise". In the former, electromagnetic waves are emitted, and in the latter, noise flows through the electrical circuit. For radiated noise, it is necessary to block the spatial conduction of noise. To do so, shield the object with a good conductor (or magnetic material) such as metal. On the other hand, conduction noise includes differential mode noise and common mode noise.

In particular, common mode noise is a component of switching noise that remains even if the loop is optimized. The noise is conducted onto the power supply and causes instability. As a result, the signal from the detector is buried in noise and cannot be measured. Of course, if noise enters, the resolution of analysis deteriorates, and the waveform shifts, distorts, and ghost peaks appear.

Common mode noise is noise in which the leaked noise current returns to the power line via the ground. This is called "common mode" because the direction of noise current is the same for both the positive and negative electrodes of the power supply.

As a countermeasure, it is effective to confine noise by inserting a high impedance component such as an inductor into the conducting line. Common mode noise also emits radiated noise. Since the electric field strength is proportional to the cable length, it is important to use the cable as short as possible while simultaneously shielding.

In addition, when installing the power supply to the analyzers, it is also necessary to pay attention to temperature, humidity and chemical corrosion. Temperature can also cause thermal noise, so the power supply must not be too hot. Humidity also causes a short circuit in the internal circuit due to dew condensation, and corrosion not only damages the circuit, but also causes unexpected errors such as the generation of corrosion current. 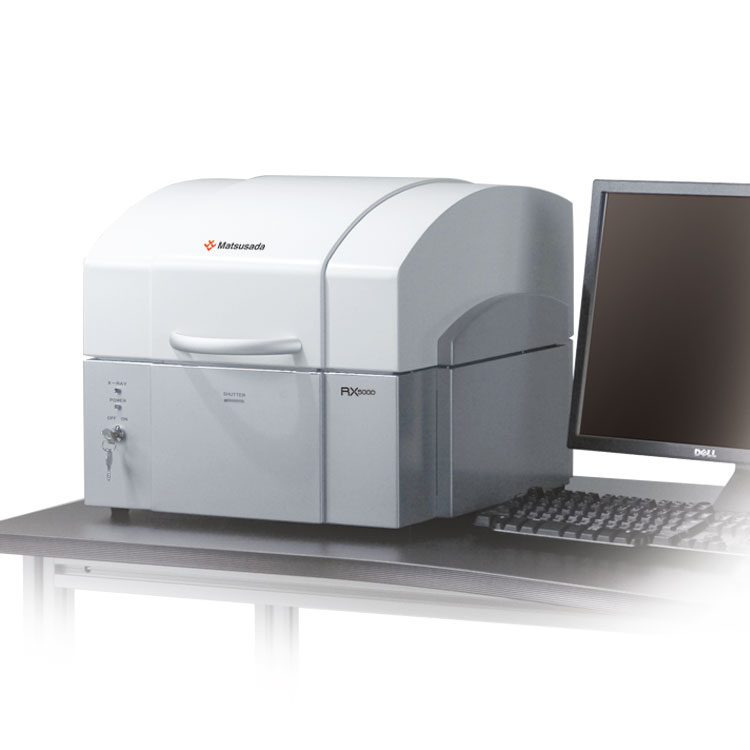